Uniform Grids are commonly employed acceleration structures for speeding up ray tracing. Unfortunately, the classic Grid suffers from several problems such as a high memory footprint, the inability to handle clustered geometry (tea-pot-in-a-stadium problem) and a scaling linear to its resolution. However, their construction and traversal times are slightly faster compared to Bounding Volume Hierarchies (BVH) or other hierarchical approaches. Extensions to the uniform Grid are Hierarchical or Nested grids, which try to overcome some of the known drawbacks. This thesis provides a new acceleration data structure for ray tracing that takes the advantage of the best of previous methods. It combines common approaches of hierarchical space-partitioning data structures with nested grids. The algorithm is introduced in a naive way which nests 1-dimensional grids in a hierarchy. Due to its structure, it can use techniques similar to 3D-DDA from uniform grids for traversal. Heuristic approaches to calculate parameters like resolution and hierarchy depth adaptively are evaluated. Furthermore, an additional technique to reduce the number of double references by using a loose variant is presented. Both approaches are implemented on CPU, evaluated in detail with common scenes and compared to other state-of-the-art acceleration data structures. 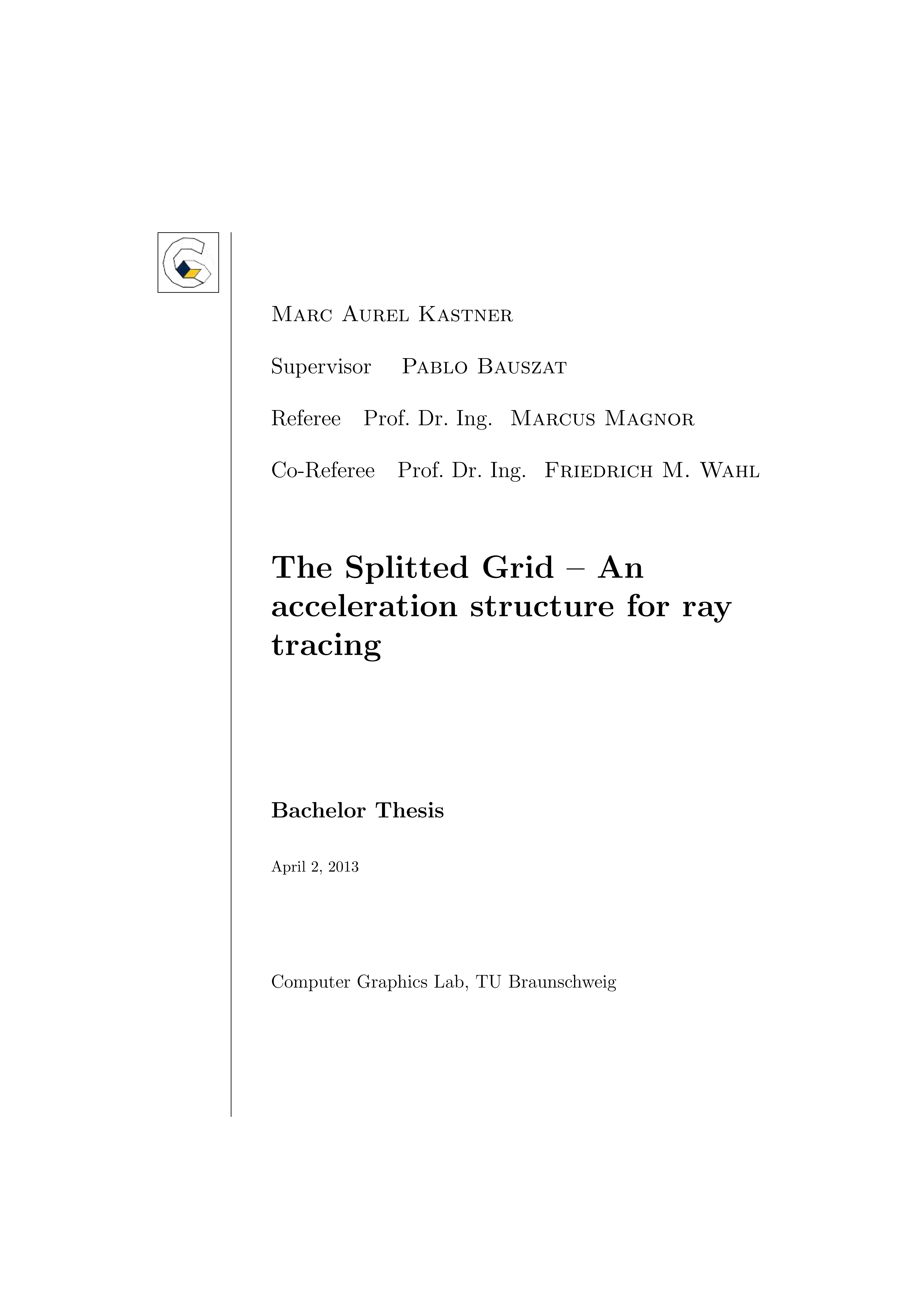